In 2005, former First Lady of Indianapolis Amy Minick Peterson led a study to determine how immigrant newcomers’ needs were being met in Central Indiana. Together with members of the Greater Indianapolis Progress Committee (GIPC), chaired by community leader Yvonne Shaheen, Mrs. Peterson researched various immigrant populations and their needs, facilitated focus groups with service providers and studied best practices in other cities for assisting immigrants and refugees.

By 2006 the Immigrant Welcome Center, as it is known today, was established with the help of 12 volunteers known as Natural Helpers. One year later, an executive director was hired, and by January 2008 the IWC moved its office into the John H. Boner Community Center.

The Immigrant Welcome Center empowers immigrants by connecting them to the people, places, and resources that enable them to build successful lives and enrich our community.

The IWC envisions Indianapolis as a community that empowers and values its residents which will result in new businesses that stabilize our local economy, a flourishing arts community, new voices and leadership at community meetings, and creative approaches to addressing our city’s challenges. 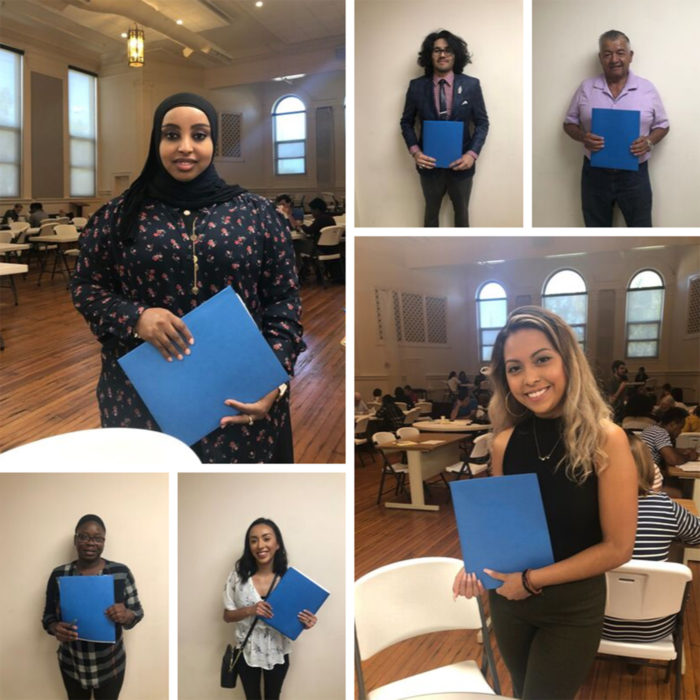 Because the natural bonds of human dignity surpass geographic, ethnic, or cultural boundaries, the Immigrant Welcome Center believes all residents of Indianapolis have the right and responsibility to contribute to and enjoy the vitality and growth of their city and community. By working together with compassion and emphasizing the value of ethnic diversity, we can show our decency as global citizens and intentionally improve Indianapolis economically, socially, and culturally. 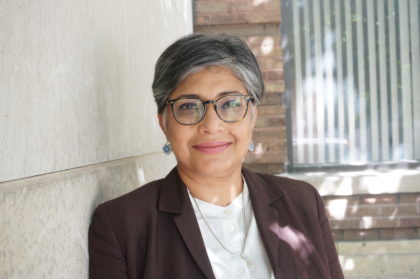 Gurinder is a servant leader, compassionate advocate for equity, and champion for social justice.

Gurinder was born and brought up in New Delhi, India. Her formative years were influenced by her middle-class working parents—both teachers. As a Sikh, Gurinder learned the principles of Seva which means selfless service for altruistic purposes on behalf of, and for the betterment of a community, early in her life. Gurinder endeavors to make an impact on the lives of those who need it most through her service on the boards of local nonprofits and by working in the community gardens to provide fresh produce to food-insecure neighbors in south Indy.

In her role as the CEO of the Immigrant Welcome Center, Gurinder will focus on initiatives to increase community-wide awareness of the rich cultural and ethnic diversity that our new immigrant and refugee neighbors bring to the City of Indianapolis. She is also excited to work with the board and key stakeholders to clearly describe the impact of barriers and challenges that our new neighbors face and work with policymakers to identify and implement innovative solutions to address these challenges. 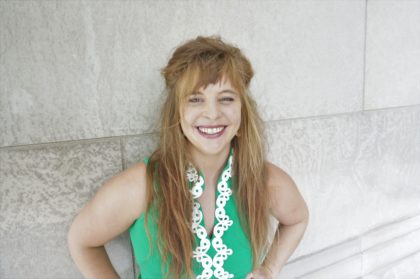 Amy Shackelford is passionate about helping refugees and immigrants.  Her role as the Program Director at the Immigrant Welcome Center allows her to develop programming to not only assist immigrants in our city, but to also encourage more awareness and inclusion within our community.  She also believes in a healthy and progressive work environment for her staff and has established several staff wellness programs to empower and promote advancement and knowledge of the members of her team.

Amy’s drive to help immigrants and refugees grew during three years of employment in Cape Town, South Africa.  The experience exposed her to unique perspectives and ideas, which she is now successfully implementing into strategies for IWC.

When she isn’t working, Amy enjoys teaching classes at the university, doing yoga and cooking vegan dishes, and exploring Indianapolis on her bicycle. 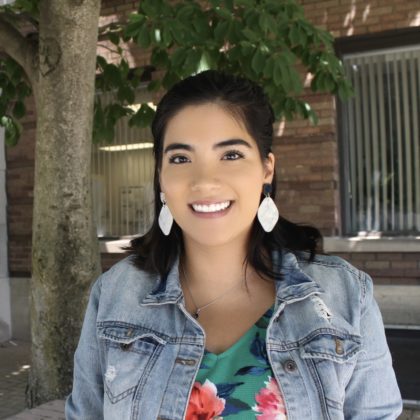 As a second-generation daughter of Mexican-Americans, Jackie’s interest in immigrant issues was piqued at an early age. In her role as the IWC’s Marketing and Communications Manager, Jackie focuses on elevating the IWC’s brand through effective and engaging storytelling that not only empowers the organization but also the clients it serves.

From 2015 to 2017 Jackie attended IUPUI before taking a pause from her studies to pursue real-world job experience. She eventually landed a job as a marketing specialist for a local Federally Qualified Health Center system, which led to her next role at the IWC. Jackie is working to finish her bachelor’s degree in Marketing Management through Western Governors University.

When she’s not creating content or taking press inquiries for the IWC, Jackie enjoys spending time with her friends and family, dancing, cooking, and traveling. 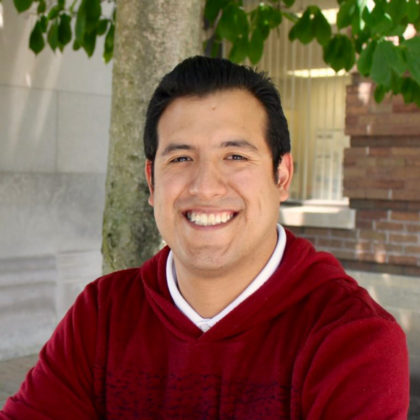 Graham Melendez is inspired by powerful motivation to make life better for immigrants in Indianapolis.  As the Community Impact Coordinator, his priorities include building relationships with community partners. These partners then become resources for immigrants – resources to better navigate a smooth transition into their Indianapolis communities.  When Graham decided to become a Natural Helper volunteer for IWC in 2017, he did so in order to help people. In turn, this experience provided him the skills needed for him to step into his permanent role at the center.

Graham moved to the United States from Peru when he was eight-years-old.  His experience has promoted an acute awareness of the unique journey and circumstances for immigrant children, and he notes that there is an admirable resiliency to immigrant children.

Graham takes breaks from work by doing what his family has always done for celebrations and as a way to express themselves – he goes dancing.  Whether it’s country-line dancing or salsa dancing, he says it’s rare to see someone unhappy while taking part. Graham’s motivation stems from seeing people happy – both inside and out of the Immigrant Welcome Center.

When a client calls the Immigrant Welcome Center, the first person they speak to will be Adejoke Awolusi. As the center’s Legal & Naturalization Services Coordinator, Adejoke serves as the initial point of contact and provides referrals and resources to clients. She also helps facilitate the Cultural Humility Workshops and helps the center’s Department of Justice representative with her appointments and paperwork. Adejoke stays busy each day but she wouldn’t have it any other way. It’s important to her to serve as someone who immigrants can relate to – someone who has been through the process herself.

When Adejoke first moved to the United States from Nigeria, finding the information she needed was challenging. A few years ago, she decided to apply to become a Natural Helper for the Immigrant Welcome Center. As a volunteer, she began her journey in connecting with and supporting other immigrants.

With her fun-loving, playful nature, Adejoke is a friendly face for immigrants to find when they visit the center. When she’s not working, she stays busy with her kids and enjoys relaxing with a good Netflix drama series. 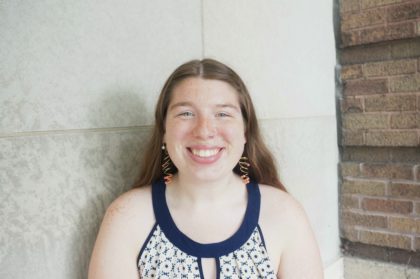 Being able to vote for the first time in the election of 2016 raised Kayla’s awareness of the negative rhetoric against immigrants at the local and national level. It was at this time she was also introduced to community organizing in Indianapolis where she became close with Spanish-speaking people, leading her to commit to learning the language herself.

As the Resource Coordinator, she does the detailed researching and organizing of the information and resources available in Indianapolis, keeping in mind barriers that immigrants often face when trying to obtain assistance. She works collaboratively with Natural Helpers, partners, and the IWC team.

In her free time, Kayla is usually canvassing for Faith in Indiana, supporting local businesses, and playing card games. She is a recent graduate of Marian University with her BA in Sociology and Spanish. 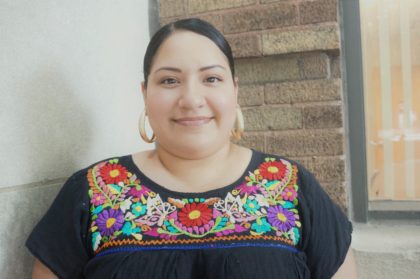 Joanna Garzes Lopez is our new Natural Helper coordinator. She is passionate about using her skills, experience, and knowledge to help underrepresented people. She has over 10 years of experience doing grassroots work and highly encourages a culture of collectiveness to bridge gaps in the community.

Most of her work has been based in Washington state, where she assisted the undocumented community and worked with the juvenile justice and education systems. She has a bachelor’s degree in psychology and hopes to further her education in immigration law.

Joanna is excited to learn more in her role at the Immigrant Welcome Center and hopes that sharing her experiences will allow her to better serve our immigrant communities.